Nutritional Benefit of Omega-3 and Omega-6
Omega-3 fatty acids are considered to be essential for human health but they cannot be produced by the body. For this reason, omega-3 fatty acids must be obtained from the food we eat. They can be found in fish (e.g. salmon, tuna, and halibut) and other marine life (e.g. algae and krill), certain plants (including purslane) and nut oils. Also known as polyunsaturated fatty acids (PUFAs), omega-3 fatty acids play a crucial role in brain functions as well as for the growth and development of brain.
The American Heart Association recommends eating fish (particularly fatty fish such as mackerel, lake trout, herring, sardines, albacore tuna, and salmon) at least 2 times a week. It is advised that pregnant women, mothers, nursing mothers, young children and women who might become pregnant should eat several types of fish, including swordfish, shark, and king mackerel. There are three major types of omega 3 fatty acids in foods that can be used by our body:
alpha-linolenic acid (ALA), eicosapentaenoic acid (EPA), and docosahexaenoic acid (DHA). Once eaten, the body converts ALA to EPA and DHA, the two types of omega-3 fatty acids that can used easier by the body. Extensive research indicates that omega-3 fatty acids reduce inflammation and help to prevent the risk factors associated with chronic diseases such as heart disease, cancer, and arthritis. These essential fatty acids are highly concentrated in the brain and appear to be particularly important for cognitive (brain memory and performance) and behavioral function.
In fact, infants who do not get enough omega-3 fatty acids from their mothers during pregnancy are at risk for developing vision and nerve problems. Symptoms of omega-3 fatty acid deficiency include extreme tiredness (fatigue), poor memory, dry skin, heart problems, mood swings or depression, and poor circulation.
It is important to maintain an appropriate balance of omega-3 and omega-6 (another essential fatty acid) in the diet, as these two substances work together to promote health. An inappropriate balance of these essential fatty acids contributes to the development of disease while a proper balance helps maintain and even improve health. Together, omega-3 and omega-6 fatty acids play a crucial role in brain function as well as normal growth and development. EFAs belong to the class of fatty acids called polyunsaturated fatty acids (PUFAs). They are generally necessary for stimulating skin and hair growth, maintaining bone health, regulating metabolism, and maintaining reproductive capability.
A healthy diet should consist of roughly 2 - 4 times more omega-6 fatty acids than omega-3 fatty acids. There are several different types of omega-6 fatty acids. Most omega-6 fatty acids are consumed in the diet from vegetable oils as linoleic acid (LA; be careful not to confuse this with alpha-linolenic acid [ALA] which is an omega-3 fatty acid). Linoleic acid is converted to gamma-linolenic acid (GLA) in the body and then further broken down to arachidonic acid (AA). AA can also be consumed directly from meat, and GLA can be ingested from several plant-based oils including evening primrose oil (EPO), borage oil, and black currant seed oil.
Excess amounts of LA and AA are unhealthy because they promote inflammation, thereby leading to several of the diseases described above. In contrast, GLA may actually reduce inflammation The typical American diet tends to contain 14 - 25 times more omega-6 fatty acids than omega-3 fatty acids, and many researchers believe this imbalance is a significant factor in the rising rate of inflammatory disorders in the United States.
In contrast, however, the Mediterranean diet consists of a healthier balance between omega-3 and omega-6 fatty acids, and many studies have shown that people who follow this diet are less likely to develop heart disease. It also contains another fatty acid, omega-9 fatty acids, which have been reported to help lower risks associated with cancer and heart disease.
The Mediterranean diet does not include much meat (which is high in omega-6 fatty acids) and emphasizes foods rich in omega-3 fatty acids, including whole grains, fresh fruits and vegetables, fish, olive oil, garlic, as well as moderate wine consumption.

*Several clinical studies suggest that diets or supplements rich in omega-3 fatty acids lower blood pressure significantly in individuals with hypertension.
*Who consume high amounts of omega-3 fatty acids from fatty fish, also tend to have increased HDL cholesterol and decreased triglycerides (fatty material that circulates in the blood). In addition, fish oil supplements containing eicosapentaenoic acid (EPA) and docosahexaenoic acid (DHA) have been reported in several large clinical studies to reduce low density lipoprotein (LDL or "bad") cholesterol and triglyceride levels.
*One of the best ways to help prevent and treat heart disease is to eat a low-fat diet and to replace foods rich in saturated and trans-fat with those that are rich in monounsaturated and polyunsaturated fats (including omega-3 fatty acids). Clinical evidence suggests that EPA and DHA found in fish oil help to reduce the risk factors for heart disease including high cholesterol and high blood pressure. There is also strong evidence that these substances can help to prevent and treat the atherosclerosis by inhibiting the development of plaque and blood clots, each of which tends to clog arteries
*Strong evidence from population-based clinical studies suggests that omega-3 fatty acid intake (primarily from fish) helps to protect against stroke caused by plaque buildup and blood clots in the arteries that lead to the brain. In fact, eating at least 2 servings of fish per week can reduce the risk of stroke by as much as 50%.
*Individuals with diabetes tend to have high triglyceride and low HDL levels. Omega-3 fatty acids from fish oil can help to lower triglycerides and apoproteins (markers of diabetes), and raise HDL, so people with diabetes may benefit from eating foods or taking supplements that contain DHA and EPA. ALA (from flaxseed, for example) may not have the same benefit as DHA and EPA because some people with diabetes lack the ability to efficiently convert ALA to a form of omega-3 fatty acids that the body can use readily.
*Clinical studies suggest that overweight people who follow a weight loss program that includes exercise tend to achieve better control over their blood sugar and cholesterol levels when fish rich in omega-3 fatty acids (such as salmon, mackerel, and herring) is a staple in their low-fat diet.
*Most clinical studies investigating the use of omega-3 fatty acid supplements for inflammatory joint conditions have focused almost entirely on rheumatoid arthritis. The diets rich in omega-3 fatty acids (and low in the inflammatory omega-6 fatty acids) may benefit people with other inflammatory disorders, such as osteoarthritis.
*Omega-3 fatty acids such as EPA help to increase levels of calcium in the body, deposit calcium in the bones, and improve bone strength. In addition, studies also suggest that people who are deficient in certain essential fatty acids (particularly EPA and gamma-linolenic acid [GLA], an omega-6 fatty acid) are more likely to suffer from bone loss and osteoporosis than those with normal levels of these fatty acids.
*Omega-6 fatty acid supplementation, in the form of GLA from EPO or other sources, may assist nerve function and help prevent nerve disease experienced by those with diabetes (called peripheral neuropathy and felt as numbness, tingling, pain, burning, or lack of sensation in the feet and/or legs).
*GLA may be beneficial in dry-eye conditions such as Sjögren's syndrome (a condition with symptoms of dry eyes, dry mouth, and, often, arthritis).
*Some speculate that dietary LA (from, for example, corn oil) may prove beneficial for these skin conditions by replenishing the low levels of LA in these lesions.
* Some forms of Omega-6 fatty acids may help lessen cravings for alcohol and prevent liver damage.
*People who do not get enough omega-3 fatty acids or do not maintain a healthy balance of omega-3 to omega-6 fatty acids in their diet may be at an increased risk for depression. The omega-3 fatty acids are important components of nerve cell membranes. They help nerve cells communicate with each other, which is an essential step in maintaining good mental health. In particular, DHA is involved in a variety of nerve cell processes.
References:
http://www.umm.edu/altmed/articles/omega-6-000317.htm http://www.umm.edu/altmed/articles/omega-3-000316.htm
on August 10, 2008

While nutritionists are incredulous that anyone would seriously consider cutting an entire food group out of their diets, the books have sold in the millions What is high protein low carb diet 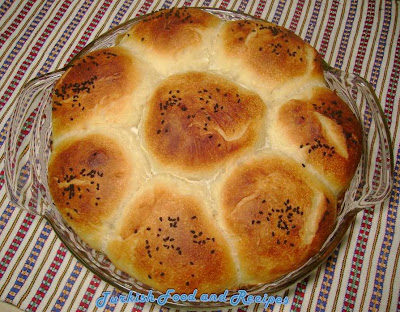