The Many Uses of Beer in Cooking

Not everyone associates great cooking with beer, but the truth is beer has a hand to play in most cooking. The next time you savor a slice of pizza, just remember that it works great with an italian craft beer. That being said, beer has been present in cooking for a long period of time and many uses of the tasty beverage have been discovered. Care to learn about a couple of them? Here are some examples of how beer is used in the kitchen when it’s not poured in a glass:

Using it in the batter
When you are using a batter for your dish, you can use beer to lighten it up. Beer has a nice effect on the batter making it more airy and overall more crisp. And when you think about it, that’s everything that you want your batter to be. This technique has been used in many places, and an example of this is how the classic dish of Fish n Chips incorporates beer in the batter to get that savory, crispy yet airy texture onto the fish.

Using the actual beer can
Roasting a chicken in the oven has seen a renaissance with this method of cooking. For those that have never seen it before, it can be quite unusual looking, but the effects are guaranteed and delicious. The reason why people stick an open beer can up a whole chicken’s butt before putting it into the oven is that the beer will slowly evaporate under the heat of the over. This will help keep the bird moist and juicy while cooking and it will also infuse it with the flavors of the beer. It’s a great way of using that extra beer can that you have lying around, or the perfect excuse to buy a 6-pack. You use one can for the bird and the others are a nice bonus.

Marinades
Marinades are an essential part of a high amount of meals. However, not everyone knows that you can make an insane marinade using beer. Different types of beer will bring a different flavor to the party, but the essential thing to keep in mind here is that you can use beer for your marinade. It’s definitely a different experience than what you might usually pout in your marinades, but it’s well worth the experiment. And since there are many types of foods that are complimented by a good marinade, you get to mix and match quite a lot.

In the soup
Have you ever tried onion soup? Next time you have a chance to make it or have it made for you, just keep in mind that you can add beer to it. When beer boils down into an almost nectar-like substance, it brings a lot of rich flavor. When you keep in mind that the onion soup itself is a dish with extremely rich flavors, it only promises to be a very intense rollercoaster for your taste buds.


These are just a few of the different ways in which beer can be used for cooking. The kitchen is no doubt a place of wonder where you can experiment and find enticing new combinations, but who would have thought that beer of all things is the secret ingredient to a great meal?
on December 05, 2008

Thanks for sharing this blog, this blog is very helpful information for every one.


Most impressive Topic and Blog, this is very helpful Information. thanks for sharing.

Thanks for sharing this blog, this blog is very helpful information for every one.

I want to say that this post is awesome, nice written.

Thanks for sharing valuable Information, I really very impressive on your blog. I hope you continue on blogging job.

Thanks, you guys that is a great explanation. keep up the good work in your granite blog.

I feel happy about and learning more about this topic. keep sharing your information regularly for my future reference. This content creates new hope and inspiration within me. Thanks for sharing an article like this. the information which you have provided is better than another blog.
IELTS institute in Delhi
IELTS Coaching in Dwarka
IELTS Preparation Tips and Tricks to Get 7 Band

Why we rank the best in offering professional custom papers is the quality services that are offered to the thousands of clients that contract our organization for the provision of quality best academic writing service.

Usually I never comment on blogs but your article is so convincing that I never stop myself to say something about it. You’re doing a great job Man,Keep it up.
Study in New Zealand Consultants in Delhi
ielts coaching in gurgaon


Your blog is so informative, I have read you entire post and found it interesting. keep up the good work.

I am very happy when read this blog post because blog post written in good manner and write on good topic. Thanks for sharing valuable information. 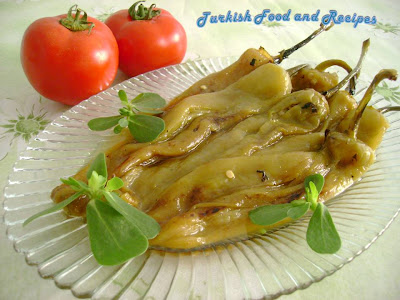